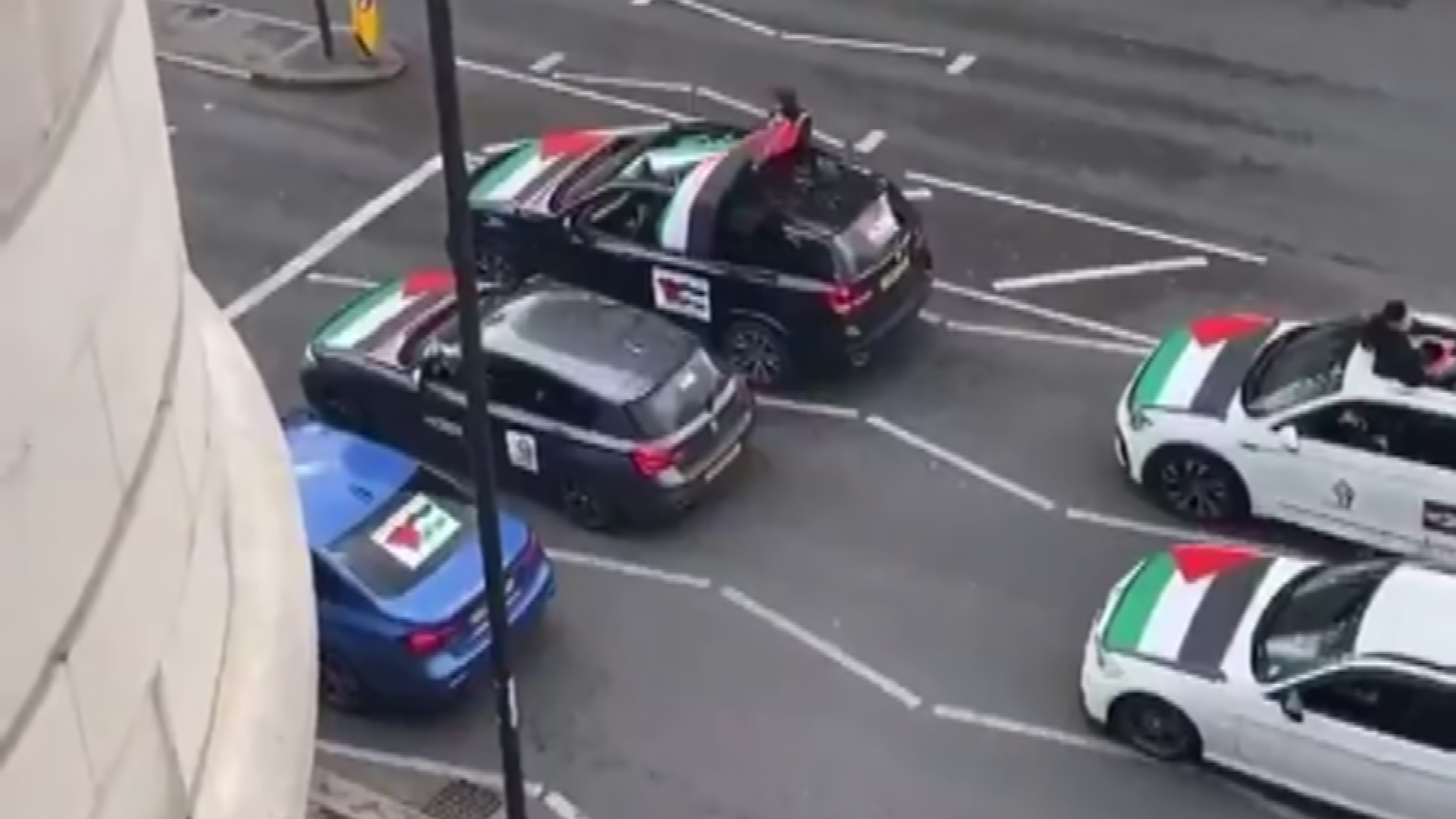 The Prime Minister has condemned acts of “shameful racism” as police investigated video showing to point out anti-Semitic language being shouted from a convoy of vehicles in London.

Footage on social media confirmed a convoy of vehicles coated with Palestinian flags passing down Finchley Road, in north London, with passengers heard to shout offensive language and threats in opposition to Jews.

The Metropolitan Police mentioned it was conscious of the incident in the St John’s Wood space and have been finishing up pressing enquiries to establish these accountable.

“This type of behaviour is not going to be tolerated,” the pressure mentioned.

Police later added: “Officers have recognized the car concerned and are making enquiries to find the occupants.”

The investigation into the footage comes amid persevering with violence in Gaza.

The newest spherical of combating, the worst for the reason that 2014 conflict, has killed a minimum of 188 Palestinians in Gaza, together with 55 kids and 33 ladies.

Eight Israelis have been killed, together with a five-year-old boy and a soldier.

The footage as obtained cross-party criticism.

Boris Johnson mentioned: “There isn’t any place for anti-Semitism in our society.

“Ahead of Shavuot, I stand with Britain’s Jews who shouldn’t need to endure the kind of shameful racism we now have seen at the moment.”

“Anti-Semitism, misogyny and hate don’t have any place on our streets or in our society. There have to be penalties,” he mentioned.

Mayor of London Sadiq Khan tweeted: “Hate crimes are inexcusable and don’t have any place in our metropolis. I’ve been in contact with the Met Police Commissioner concerning the appalling experiences of antisemitic assaults this weekend.

“Londoners can count on to see excessive visibility police patrols, and the Met Police have been working intently with the Community Security Trust.

He added: “My crew and I’ll proceed to watch the scenario intently.”

Referring to the video of the convoy, Housing and Communities Secretary Robert Jenrick mentioned: “This, on the streets of London, is deeply disturbing.

“Vile, legal hatred like this should not be tolerated.”

In a press release Mr Jenrick continued: “Whatever your view of the battle in Israel and Gaza, there isn’t a justification for inciting anti-Jewish or anti-Muslim hatred.

“The incidents of anti-Semitism we now have seen in latest days have been shameful.

“Some of the language used on marches this weekend and in posts on social media is intimidating, legal and racist.

“We should not tolerate this vile, shameful hate in our nation. These actions should cease.”

Cabinet minister Michael Gove described one other video showing to point out protesters shouting anti-Semitic abuse as “deeply regarding”.