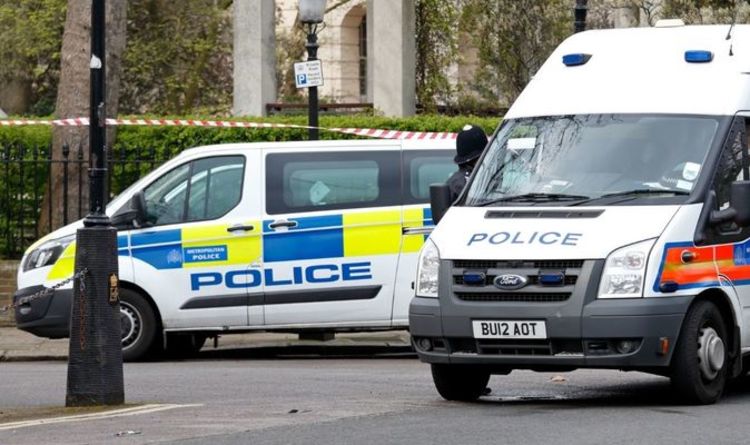 Police had been referred to as at 11.18am to studies of a “corrosive substance assault” at Bloomsbury Place.

Emergency providers rushed to the scene to discover a man in his 30s had been sprayed in the face with a substance that had infected his eyes.

Officers consider the assault occurred during a private robbery.

The sufferer was handled by paramedics and the London Fire Brigade earlier than being taken to hospital.

There have thus far been no arrests in connection with the assault.

A big cordon has been put in place exterior exterior a constructing that’s listed as a resort and providers flats.

The Metropolitan Police stated in a press release: “Police had been referred to as at 11:18am on Tuesday, April 13 to studies of a corrosive substance assault at Bloomsbury Place, WCI.

“At the scene a male, aged 30s, had been sprayed in the face with a substance that had infected/irritated his eyes.

“At this early stage detectives consider that the assault was sustained during a private robbery.

“The sufferer was handled by medics and London Fire Brigade on the scene. We await additional updates.

“There have been no arrests. Against the law scene stays in place.

“Anyone who witnessed this incident or captured shifting footage is requested to contact police on 101 or Tweet @MetCC quoting 2507/13APR.

A London Ambulance Service spokesman stated: “We had been referred to as at 11.18am at the moment (April 13) to studies of an incident in Bloomsbury Place, WC1.

“We despatched an ambulance crew, an incident response officer, and a hazardous space response crew.

“A person was handled on the scene and brought to a hospital.”

This is a breaking story. More to comply with…