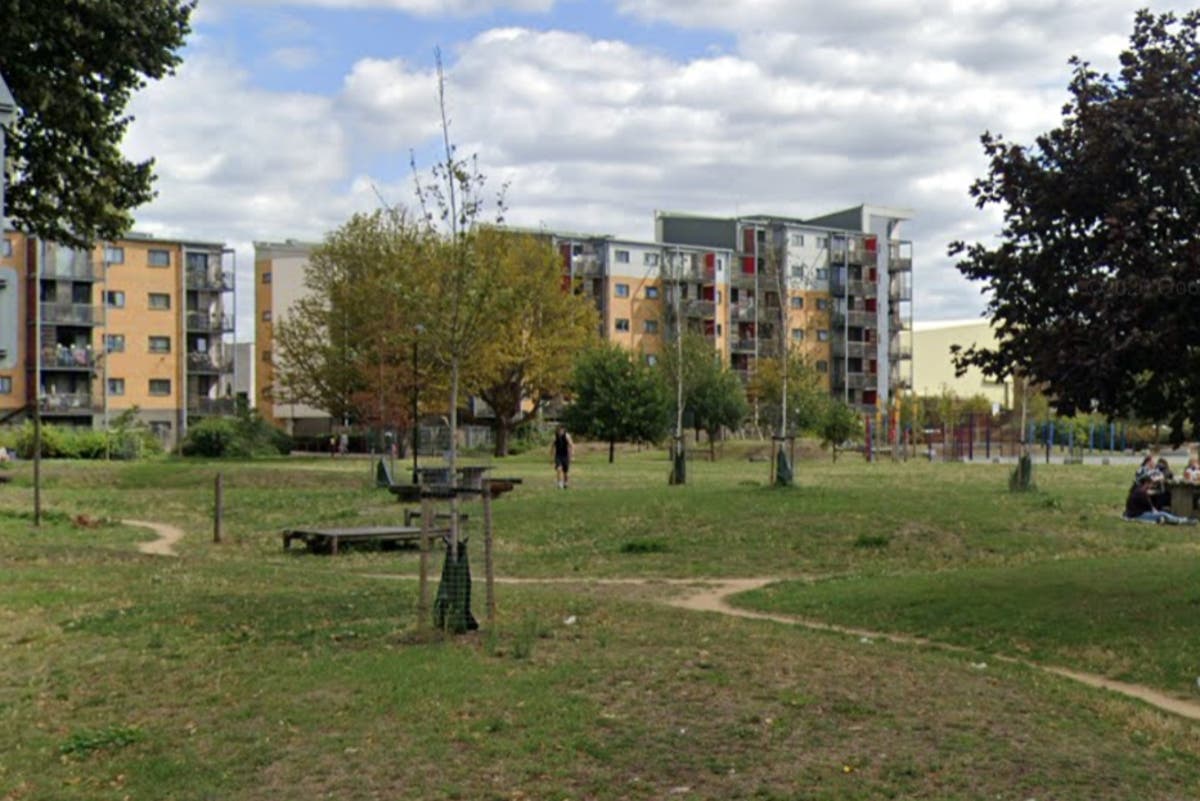 olice are interesting for witnesses after a 15-year-old girl was reportedly raped in a park in south London.

The 15-year-old girl was allegedly raped on March 22 after visiting Pepys Park in Lewisham.

She was first approached by one boy who was later joined by two different boys who’re mentioned to have stolen her telephone earlier than operating off.

The girl and first boy who approached her, then adopted the opposite two boys to a different a part of the park the place all three boys are alleged to have pinned her down and raped her.

Scotland Yard mentioned the primary boy is described as black, aged round 16 or 17, with no facial hair. He was sporting a blue beanie, a black ‘Kings Will Dream’ coat with fur across the hood and black and gray trainers. He additionally has silver caps on two of his enamel.

The second suspect is described as a lighter skinned black boy, additionally aged round 16 or 17, with two earrings, one stud in every ear lobe.

He had a high-top coiffure with slight stubble and he was sporting a black Zavetti, knee-length coat with a yellow and pink model mark on the sleeve.

The third boy is described as a lighter skinned black boy, aged round 16 or 17, sporting a durag. He had a black coat and black tracksuit bottoms on.

There have been no arrests and enquires are ongoing.

Detective Constable Daniel Weeks, who’s main the investigation, mentioned: “We are doing our utmost to supply the sufferer with assist from specifically skilled officers following this horrific incident.

“I’m asking members of the general public who had been in the park that day to consider carefully about whether or not you noticed the males described.

“Did you see anybody appearing suspiciously? What had been they doing and the place did they go? No matter how small or insignificant you assume your data may be, it might be massively vital for our investigation.”

Any witnesses or anybody with any data is requested to get in contact with police by way of 101 or tweet @MetCC and quote CAD: 7933/01APR21.

Drugs gang jailed after huge stash of cocaine and heroin ‘worth £88,000’ found in raids