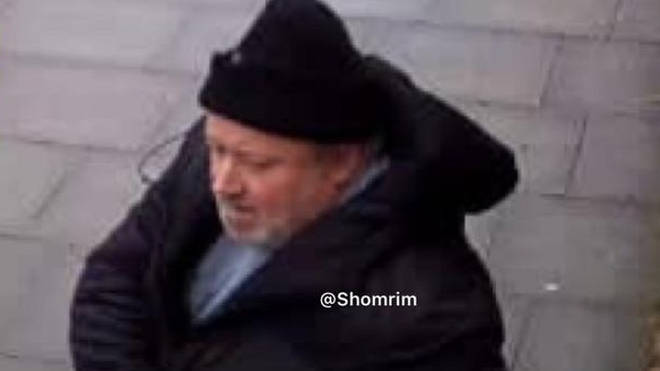 {A photograph} of the suspect has been put out by Shromrim.

A pregnant woman was repeatedly punched after a pillowcase was put over her head in an assault in north London.

The 20-year-old sufferer, stated to be a 27-weeks pregnant Jewish woman, was taken to hospital following the assault final Thursday, the Metropolitan Police stated.

He could be seen placing a pillowcase over her head earlier than repeatedly punching her, then operating away.

Shomrim, which later deleted the footage, stated on Twitter: “Pregnant woman and her unborn child survive a horrendous assault after a male suspect attacked her from behind, positioned a pillow over her head and punched her in her abdomen a number of occasions in a vicious unprovoked assault.”

The Met stated detectives are investigating the assault in Manor Road at round 6.30pm.

The power stated: “The sufferer, a 20-year-old woman, knowledgeable officers that she had been approached from behind by the suspect, who put a pillowcase over her head earlier than assaulting her.

“The woman was taken to hospital for remedy to minor accidents.

“Officers are finishing up plenty of inquiries and are reviewing CCTV cameras in the native space.

“There have been no arrests and inquiries proceed.”

“As a society, we now have to take action far more to deal with anti-Semitism in addition to violence towards ladies.”

The Board of Deputies of British Jews stated: “We are extraordinarily disturbed by the vile assault on a pregnant Jewish woman in Stamford Hill.

“We hope that the perpetrator is swiftly caught and faces justice.

“The attacker’s face was caught on video and we urge anybody who might pay attention to his id to contact the police.”

Anyone with data is requested to name police on 101 quoting reference Cad 6517/18Mar.