“Witless punk” was the weekly music paper Sounds assessment of Disco Zombies’s first single “Drums Over London”. NME’s Paul Morley was more measured, declaring it “ill-disciplined slackly structured new pop but the chorus alone makes up for it.” That was March 1979. Heard now, “Drums Over London” comes across as energised pop-punk with a sing-along chorus and a whacky bent.

The band’s next release followed in September 1979. Considering when it shops, the Invisible EP’s second track “Punk a Go Go” made little sense. Issuing a punk novelty when the world had moved on was perverse. However, the EP’s four tracks had been recorded in April 1978 and hadn’t come out then as there was a pressing plant mess up. Even so, releasing this extract from their back pages suggested Disco Zombies wren’t fussed about seeming to be yesterday’s papers. Invisible was followed by another seven-inch and a cassette-only album in 1980. A fourth record was meant to come out in 1980 but didn’t and a fifth was cancelled in 1981 when the band split.

Disco Zombies came together Leicester University in 1977 and were playing live by the end of the year. One of countless combos which formed in response to punk, they were initially a bit Buzzcocks, a bit new wave pop. With that whacky bent too. In time, they became more serious but still had tee-hee songs like “Mary Millington”, “Sex Olympics” and “Where Have You Been Lately, Tony Hateley?”

In essence, that’s it, that’s the Disco Zombies story. Even so, the 20-track double album South London Stinks has arrived to help stake Disco Zombies claim to posterity and say that they were more than an obscure footnote. The album collects all the tracks from the records, the shelved 1981 “Where Have You Been Lately, Tony Hateley?” single, what was on the cassette and cuts which weren’t up for release during their lifespan.

Rather than being kindred spirits with, say, The Toy Dolls there was an artiness which has worn better than the humour (unrecorded songs include titles such as ‘”Cosmetics For China”, ‘I Need You Like I Need VD” and “When Doo Wop Hit Hampstead”). Overall though, they sound pretty great and South London Stinks is a must for anyone looking for a punkier, non-Sixties-influenced analogue to Television Personalities. 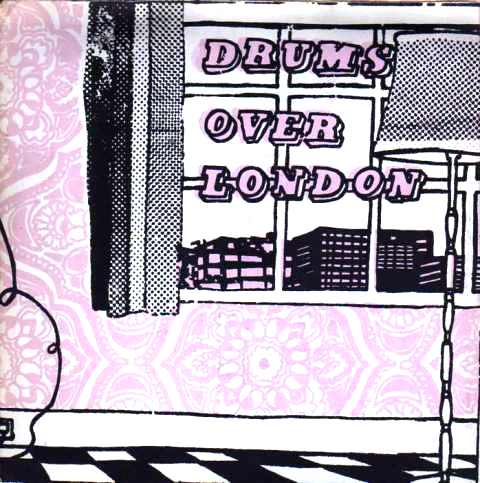 Nonetheless, their overriding legacy is that the band was the first outlet for two of its members. Guitarist and vocalist Andy Ross went on the discover and manage Blur, and co-found the Food label. Their singer Dave Henderson became the editor of the music tech mag Sound International in 1981, began writing the regular Wild Planet column in Sounds (on cassette releases) in 1983, and went on to editorial and management roles for the music monthlies Kerrang!, MOJO and Q.

Hints of these futures were integral to “Drums Over London” as it was on South Circular Records, a label created by Ross. And some of the art-punk/new wave Disco Zombies dealt in can just-about be seen as similar to odd furrows later ploughed by Blur. Also, the third Disco Zombies single, 1980’s “Here Come the Buts” / “Mary Millington”, was the second record on their own Dining Out label, which was co-run by Henderson. Dining Out was active from 1980 to 1982. Its best-known signings were The Adicts, The Sinatras and The Swinging Laurels.

South London Stinks is a fun, worth-getting collection of a fairly obscure band tracking its own path through punk and what came later. But it’s also a noteworthy reminder that, sometimes, there’s more to a band than the racket they made.