Former Superintendent Nusrit Mehtab quit the force last year, complaining of a ‘toxic workplace’ in which sexism and institutional racism was rife.

She claimed the Met only paid ‘lip service’ to diversity and said officers told her to keep quiet after a swastika was scrawled on the walls of her station in Edmonton, North London, last February.

Now, in an interview with Channel 4 News, the former officer called on Dame Cressida to resign and accused her of ‘wilful blindness’, adding that her ‘continuous denial’ that the Met is institutionally racist is ‘not helpful’.

Scotland Yard’s former top female Asian officer, Nusrit Mehtab, who is suing the force for £500,000 over a racism claim, says commissioner Dame Cressida Dick should resign. Pictured: The former officer speaking in an interview with Channel 4 News on Thursday 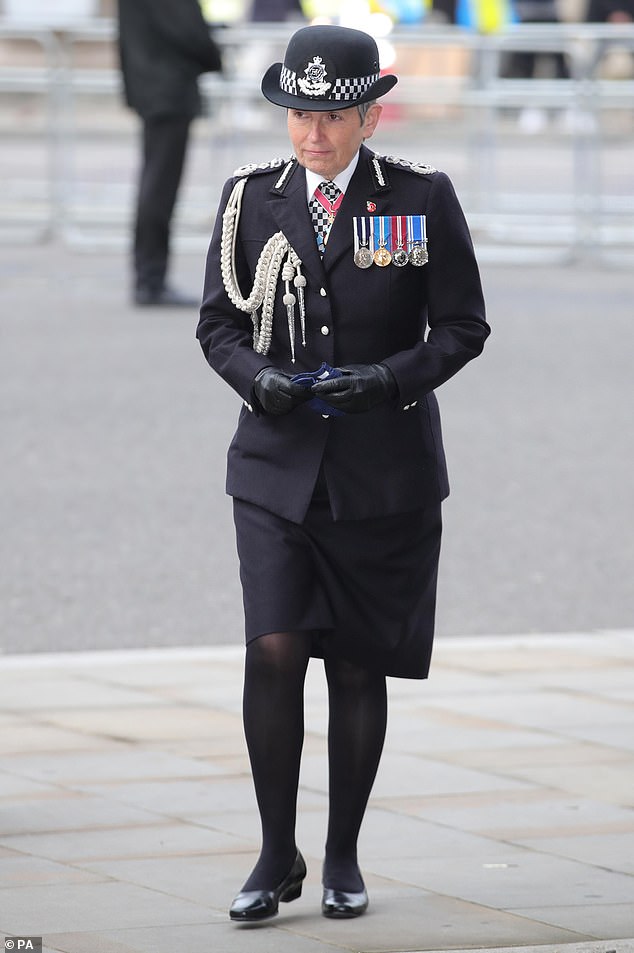 She accused Dame Cressida (pictured) of ‘wilful blindness’, adding that her ‘continuous denial’ that the Met is institutionally racist is ‘not helpful’

Ms Mehtab was once a poster girl for the force and even starred in an ITV show named ‘Mehtab of the Met’, which followed her as she worked to improve community relations in London’s East End.

She rose through the ranks to become the force’s most senior female ethnic minority officer, working on counter-terrorism and undercover operations.

She referenced the inquiry into the Met’s handling of the 1993 murder of black teenager Stephen Lawrence. 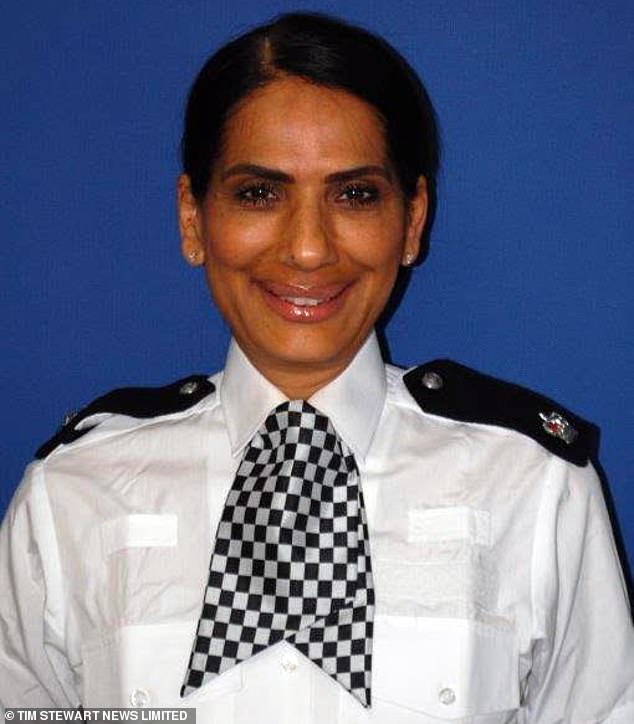 Ms Mehtab was once a poster girl for the force and even starred in an ITV show named ‘Mehtab of the Met’, which followed her as she worked to improve community relations in London’s East End

‘There is inexplicable disproportionality in recruitment, in retention, in misconduct and the lack of promotion,’ she said.

‘Twenty-one years after Macpherson, she still says the organisation isn’t institutionally racist and it’s not a helpful term.’

Speaking of Dame Cressida, she said: ‘What’s not helpful is her continuous denial and her wilful blindness.

‘The Commissioner needs to go. She’s damaged legitimacy. Confidence is at the lowest and she’s created tribalism.’

Ms Mehtab alleges that in February 2019 during a visit to Edmonton police station she saw a swastika scrawled on its walls.

She says she called a meeting with the Chief Superintendent with a view to developing a strategy to deal with the ‘racism issue’.

‘I wasn’t really prepared for the reaction that I got, because I was just shut down immediately and I was told in no uncertain terms that I couldn’t talk about it, I couldn’t discuss it with anybody.’

In another alleged incident, at Haringey police station in North London in May 2018, Ms Mehtab claims a photo of a Muslim colleague on a notice board was repeatedly defaced with offensive graffiti whereas photos of white colleagues were not.

She said there was no duty of care towards her Muslim colleague and the incident was not investigated.

She also claims she was verbally reprimanded by her boss for telling her Muslim colleague that his photo had been defaced.

‘There were photos of other white officers that weren’t touched.

‘I actually spoke to my colleague and told him, and I was verbally reprimanded for that. He was targeted but it wasn’t investigated.’

Ms Mehtab claims that her time in the Metropolitan police’ was frustrating because every day was a battle to be treated fairly’ and for her ‘voice to be heard.’

She says she was continuously reprimanded for trying to do the right thing.

‘You get to a point where as a human being you have a limit,’ she said.

‘When you’re trying to do the right thing but you’re continuously reprimanded or you’re stopped, and you just don’t understand why that happens.’

‘And quite honestly, why should I walk away when the racists are still in post? Why should I leave my job that I loved doing because of their racism?’

Ms Mehtab alleged that the Metropolitan police ‘went after’ her fellow BAME colleagues ‘one by one.’

She said that one colleague of African Caribbean heritage described it to her as ‘walking around with a target on your back.’

She said that BAME officers faced ‘greater scrutiny and disproportionately in terms of the misconduct process.’ 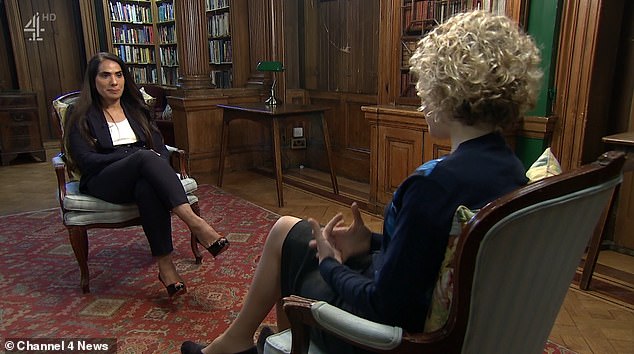 ‘There was genuine fear, and the perception was, it could be any one of us next. Not because we’d done anything wrong, but because the reality is if you’re Black Asian Minority Ethnic officer or staff, you face greater scrutiny and disproportionately in terms of the misconduct process.’

A Metropolitan Police spokesman told Channel 4 News: ‘We are aware retired officer Nusrit Mehtab has brought claims against the MPS relating to her thirty-year career.

‘It would be inappropriate to comment in any detail about the claims at this time – ahead of an employment tribunal.

She is seeking around £500,000 for lost earnings, pension and injury to feelings.

Commissioner Dame Cressida previously denied the force is institutionally racist, saying in August that there was ‘zero tolerance’ of racist behaviour.

‘We embraced the challenge, if you like, that was set for us 20 years ago by Sir William Macpherson in the Stephen Lawrence Inquiry in which he came up with a definition of institutional racism,’ she added.

‘I was the person charged with implementing the recommendations and I’m very proud of what we did. I think we’ve come a very, very, very long way.’

The police chief said she frequently looked for signs of bias in the way the force operated, and added that she was ‘horrified’ to discover that black, Asian and minority ethnic staff in the Met were twice as likely to find themselves in a misconduct process.